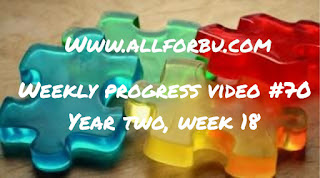 In this video:
*Cancelled therapy, RIP car
*new bloodwork order
*no med waiver update, did get approved for PLSA
*OT Re-evaluation
*waving and "give me" more consistently
*dressing up for Halloween
*loving puzzles and asking us for homeschooling work!
*ABA and OT clashing…
*Pumpkin Patch field trip
*Sensory Fail and a Sensory Win


Posted by The Crunchy Spectrum/All For Bu at 10:38 AM No comments:

A friend of mine tagged me in this article {LINK}. Someone with a high functioning older son on the spectrum wrote about how she thinks Fozzie might be autistic, but he's accepted as just "himself" because he wasn't labelled. A lot like her son. And it was published in the NEW YORK TIMES, obviously a well known and widespread publication, which instantly gives her words more weight.

Something about this blog post really bugged me..."would we have thought of Fozzie differently if we'd been told he had autism? Maybe."

That's wonderful that your son is on the spectrum but easily passes as "a typical quirky teenager". Truly. That's fantastic. And it's nice that Fozzie has so many quirks but is able to just be Fozzie because no one "labelled" him.

BUT...That's ONE end of the spectrum. And stories like this set children like mine BACK because mainstream people that only have experience with neurotypical children read stuff like this and think "see? autism is just a bunch of quirks! We should just treat these kids like they're *normal*, not label them, and everything will work out. The label is damaging."

It's tricky to have ONE character (like Julia) represent such a wide range of symptoms as those associated with autism. It IS a spectrum, after all. But the fact that we ARE labeling her and introducing her to neurotypical children so that they are prepared to try relate to kids like my son is a HUGE step in the right direction, IMO.

My point? Don't be afraid of a label. Also, it's not okay to print things like this (talking to you, New York Times) without offering a "flip side" to open a dialogue and truly represent the SPECTRUM that is autism.
Posted by Momma Friendly at 5:49 PM No comments: 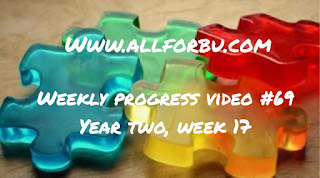 In this video:
*sleep and being independent!
*"Give me"
*still doing great in ABA
*no longer regularly "brushing" him
*our latest MAPS appointment


Posted by The Crunchy Spectrum/All For Bu at 2:45 PM No comments: 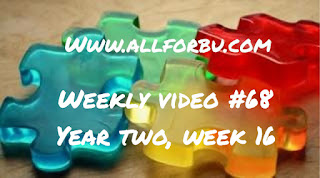 In this video:
*sick, fever for 24 hours
*skipped a lot of therapies, but did great when he WAS there
*hearing test update, NO SEDATED TEST NECESSARY!
*3 whole hours of therapy in a row!
*out of cod liver oil
*discovered the toilet and the never ending fun of flushing
*seeing the MAPS doctor again

Remember, we appreciate any and all donations to our GoFundMe to help with Bu's medical expenses!!!

Posted by The Crunchy Spectrum/All For Bu at 4:25 PM No comments: 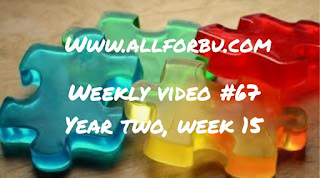 (NOTE: This "experiment" with Benedryl was suggested by the specialist and is being monitored by our doctor. DO NOT attempt this without speaking to your doctor first!!!)

*Help us fund therapies and supplements at:
http://www.GoFundMe.com/AllForBu/
Posted by The Crunchy Spectrum/All For Bu at 10:22 AM No comments: 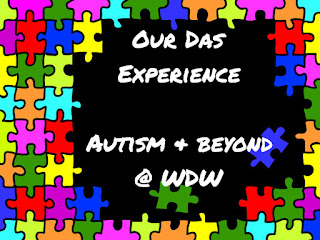 Some information on the changes to the DAS at Disney World since the last DAS video we posted. This is accurate as of September 27, 2015.

UPDATE: all information still accurate as of March 2017, which was our last WDW trip.

Posted by The Crunchy Spectrum/All For Bu at 9:30 AM No comments: 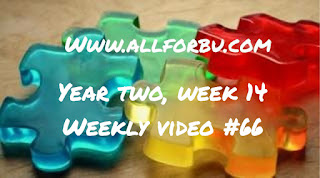 In this video:
*Missing MANY supplements, and people are noticing!
*Missed a couple shots, but made them up
*Caught a cold at Disney!
*No ABA for almost a week, but he's doing great!
*Pediatrician visit
*Next week: Med Waiver Evaluation and 48-hour Ambulatory EEG

Posted by The Crunchy Spectrum/All For Bu at 4:13 PM No comments: