It's been one year exactly since the original Goals video...

Which means it's time for an update! 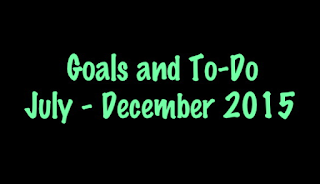 Posted by Momma Friendly at 11:20 AM No comments: 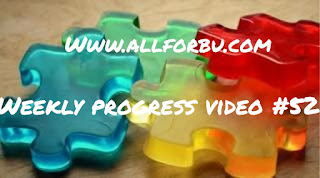 In this video:
*Vitamin E and Carnitine switch-outs
*INCREDIBLE week in sleep, except for one night. Could the heat be helping?
*security baby food?
*did fantastic during his haircut
*new AWESOME car seat
*Physical Therapy and Speech Therapy re-evaluations this week
*chose our new PT
*Neurologist appointment, EEG scheduled
*upcoming pediatrician and MAPS appointments

Posted by The Crunchy Spectrum/All For Bu at 1:57 PM No comments:

Our "Village" - The Value of our Therapists Posted by The Crunchy Spectrum/All For Bu at 10:17 AM No comments: 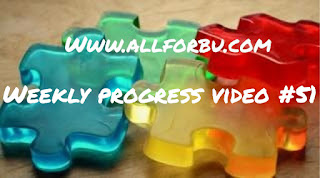 In this video:
*Bu did great at a birthday party!
*Receptive language is BLOWING UP!
*Not a great time at therapy this week, overall
*homemade, home smoked bacon! Cheaper and we're able to control exactly what goes into it
*moving around the magnesium and iron doses
*introduced headphones to prepare for the upcoming EEG and hearing test
*upcoming biannual neurologist appointment

I forgot to mention in the video that this week, Bu tasted raw green bell pepper (he hated it lol but at least he very willingly tried it) and he rediscovered cherries! Yay!
Posted by The Crunchy Spectrum/All For Bu at 10:25 AM No comments:


In this video:
*3 losses balanced by 3 wins…
-tried and stopped Vitamin B2
-Wilbarger Protocol is going great!
-sleep has been BAD
-huge progress with tabletop activities at home AND in therapy
-Our PT is moving!!!! :*(
-Bu said "BYE!" 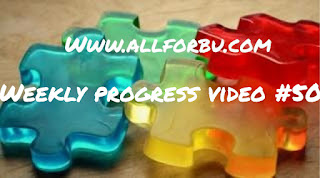 I'd love any suggestions for things we can do or make for our PT as a going-away present/thank you for everything present…we have about a month to work on it! Also, any tips for the 23andMe collection are appreciated, we're still not sure how to go about it for Bu!
Posted by The Crunchy Spectrum/All For Bu at 3:16 PM No comments:

Our PT just let us know that she is leaving the city at the end of July. Tears were shed by all. When Bu's speech therapist moved in January, I felt like someone had died. This is no different. We are very lucky that the speech therapist that replaced her is absolutely amazing and we all clicked right away, but I'm worried that special lightning won't strike twice.
Posted by The Crunchy Spectrum/All For Bu at 12:00 PM No comments:

Very short and no-frills this week, I'm honestly not feeling up to much more. 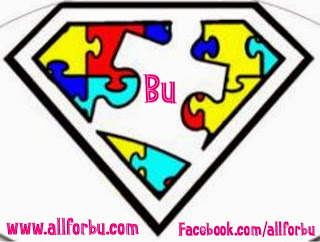 Posted by The Crunchy Spectrum/All For Bu at 9:28 AM No comments:

Bu has been extra defiant and irritable for a few weeks.

Is it the prescriptions? They're meant to possibly make him hyper, which we haven't seen...maybe the stimming and mood are his version of the side effects?

Could it be the iron? It's definitely making him poop less, maybe the poop is toxifying his body? (I'm only half serious about that. Maybe 65% serious.)

Maybe the fact that we removed ghee from his diet has him lacking enough fats or fat-soluble vitamins, which is making him irritable...a fellow patient of Dr. R asked him about ghee and he said it's safe because it's only fat and not milk protein...could that be it?

Speaking of fat, he went almost a week without cod liver oil and now he's back on it. Maybe he doesn't need it anymore? Is that even possible? He's been taking cod liver oil since way before a diagnosis was even a consideration, I don't see how it would adversely affect him now.

We increased his CoQ10 a LOT, I wonder if there's possible side effects to that?

He's refusing his nighttime juices lately for some reason...maybe the lack of steady 5HTP to his brain is making his serotonin even lower? That's the cause of depression in many people, and depression can manifest as irritability and defiance.

Hell, maybe he's acting like a typical kid! Maybe this is good news, progress rather than regression. Maybe this is his version of the terrible twos...that's where he is cognitively for many things, so it's not too far-fetched a theory...

Maybe he just needs ABA. There's nothing more I can do about that, though. They have all our information, I've filled in every form...all I can do is wait.

Maybe I'm not doing enough. What more can I do? Should I be doing more? Or maybe I'm doing too much...or MAYBE I'm doing so much of the wrong thing, I'm not even noticing all the right things that I'm missing...


The thoughts of an autism parent are a never-ending train of cray. 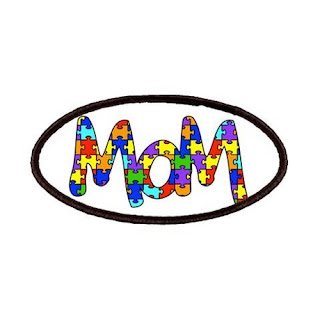 Posted by Momma Friendly at 6:10 PM No comments: