I gotta say, and idk or care if it's a popular opinion...

This situation where all these celebrities are coming out saying they *think* they have autism (Jerry Seinfeld, for one) has me a bit annoyed.

One, because they're self diagnosing, which could be totally accurate, or could be the equivalent of calling yourself OCD because you like a neat house.

Secondly, because many people on the spectrum go on to be successful, charismatic members of society, and obviously that what we ALL want for our children...but some of our kids may never even speak. Putting all these successful celebrities as the "unofficial face" of autism may minimize to people outside the scope what autism is like. It's making people think "see? Autism isn't SO bad" when autism is all that, and then some.

My rambly 2 cents from inside the vacuum. 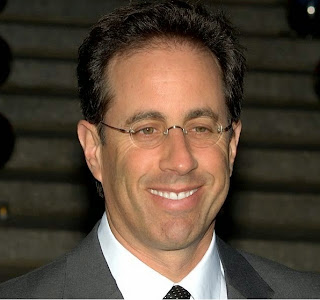 (EDITED 11/20/14: He backtracks after realizing how ridiculous he came off. LINK)
Posted by Desiree at 8:40 PM