This was originally posted on my personal blog in July 2012, but it's now private and since it's such a popular pin, I thought I'd repost so pinners could actually read the post! :)


Yesterday was my husband's first birthday as a daddy! I wanted to do something special for him, so I decided the baby and I should make him an art project, inspired by something I saw on Pinterest (of course).

I grabbed an 8X10 canvas (I keep a stack of plain white canvases around the house in case the inspiration for something like this strikes. I am not joking). I taped off a message on the canvas...it looks rudimentary, and it is. It would have looked much nicer if I had actual letter stickers or something, but unfortunately I don't keep those just lying around. It's ok though, it looks pretty sophisticated considering it was made by a 9 month old ;)

I then put the baby in a smock (I keep these around too. Not joking). It's huge on him because it's meant for kindergartners, but it served its purpose. I also opened 3 trash bags and put them down under the high chair (they were put away later to use for trash, no waste here!) and I wrapped the highchair tray in another bag (this one WAS tossed, it was a casualty. Moment of silence for the bag).

I squeezed some washable paint on the canvas and let the baby go! He was supervised the ENTIRE time, and I made sure the pacifier was always in his mouth so he wouldn't be tempted to bring his hands to his mouth until I could wash them. Clean-up was a breeze, and a few wet paper towels later, you couldn't even tell an infant had been finger-painting just moments earlier.

I blotted the excess paint off with a paper towel, and noticed it made a cool pattern, so I did it again more deliberately, then set it under a fan to dry. In the meantime, I made Hubs a coconut buttermilk pie. He doesn't like cake, so I usually make him a pecan pie for his birthday. This year I forgot to buy both pecans and a pieshell! My mom saved me by swinging by on the way to work with the shell (thanks, Mom!) but I decided to forgo the pecans since I had some sweetened flaked coconut and I just used the same recipe.

Once Hubs got home from work, the paint had dried, so we presented him with his gifts! He peeled away the tape to reveal the message. He loved our handiwork! And then, of course, there was the pie...it was DELICIOUS! Even better than the pecan, I'd say. Overall, a very successful birthday, if I do say so myself! 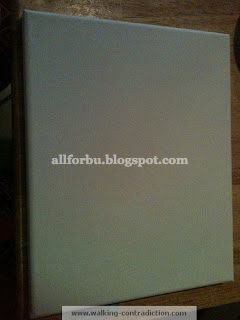 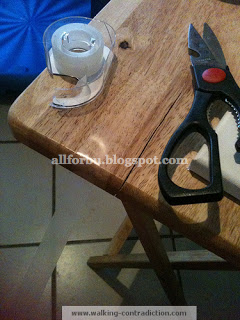 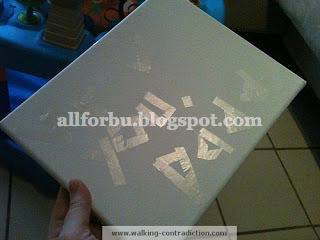 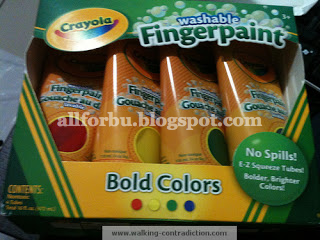 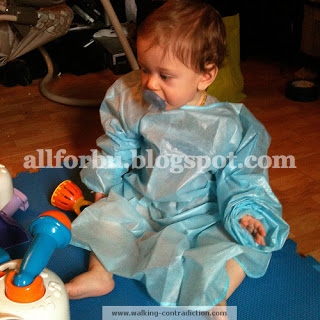 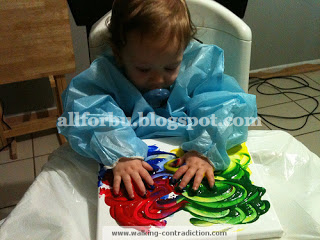 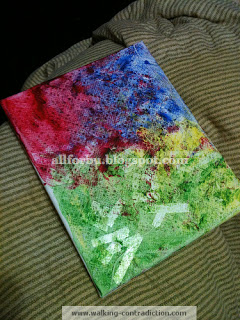 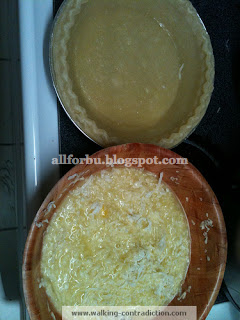 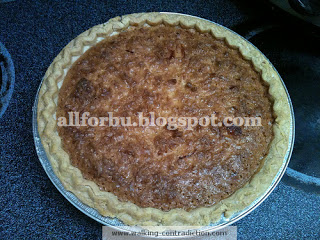 Posted by The Crunchy Spectrum/All For Bu at 3:20 PM